Discover the fascinating world of FOERSTER. We service a wide range of sectors and stand for top quality.

Everything starts with a vision 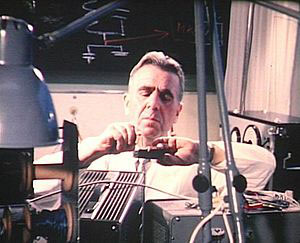 mination of magnetic properties of metals, Friedrich Förster discovered the influence of the Earth's magnetic field on the measurement coil of test equipment. He started with the development of highly sensitive measuring equipment for magnetic fields.
In 1948, the visionary founded his own company and looked for opportunities to implement the results from his scientific work at the Kaiser-Wilhelm Institute. His objective: The development of industry-compatible apparatus.
The scientific basis of the electromagnetic test methods was developed in the 1950s. Dr. Friedrich Förster received the Victor de Forest Award for this in 1957. The method was published by Robert C. McMaster / USA in 1959 in the standard work on non-destructive testing methods. 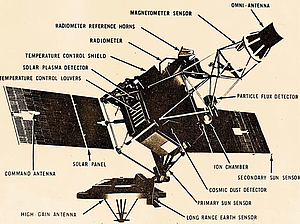 In 1963, the first magnetic field measuring equipment from FOERSTER was installed in a satellite. Mariner II used this to research the magnetic field of the planet Venus, among other tasks. Further measuring equipment for space travel followed later in numerous projects, e.g., for the precise alignment of the ROSAT ROentgen SATellite (X-ray observatory). There is even a Förster probe on the moon.

In the following years, the Förster probe has also been used in industrial test systems, including eddy current crack detection using flux leakage methods, and has now become the international standard wherever a high degree of automation is required.

Prof. Friedrich Förster received the highest distinction of NASA in 1992 for his work.

At home around the globe - rooted in Reutlingen 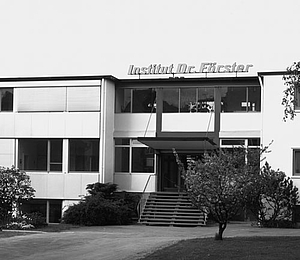 Starting in the 1970s, Martin Förster further expanded the success of the family company. He recognized the opportunities of globalization early and ensured a worldwide presence with the founding of subsidiaries. At the same time, the headquarters in Reutlingen was further expanded and strengthened.

In 1990, a new line of business was added with the development and manufacture of eddy current sensors. These sensors can be adapted to the respective inspection task to improve the inspection results, sometimes considerably.

Strong for the future 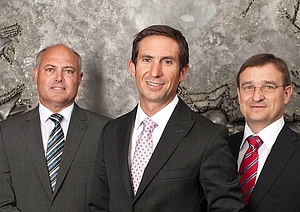 Leading with foresight and a sense of social responsibility, Felix Förster is the third generation of his family to run the company, supported by Thomas Himmler and Dr. Jürgen Schröder.

An international network of subsidiaries, long-standing representatives and partners, as well as an excellent service guarantees worldwide proximity to customers.

As a technology leader and "hidden champion", FOERSTER continuously works on offering its customers individual solutions with new innovations and further product developments. Together with its customers, FOERSTER shapes the future in non-destructive testing. 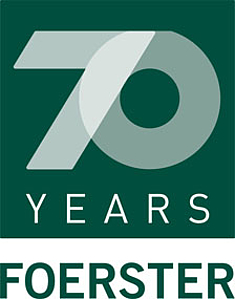 2018 FOERSTER celebrates its 70th anniversary. Out of a vision a world-renowned brand was created that shapes the non-destructive testing market like no other company.

At the heart of entrepreneurial activity are the customer needs right from the start. The aim to date is to find the optimal system solution for every customer. In order to continue to do so, dedicated employees are required to bring their ideas to the company.

For 70 years, the name FOERSTER has stood for the highest quality, innovative products and professional service. With 10 subsidiaries and 50 representatives worldwide, FOERSTER is always close to its customer.

A true partner to our customers

Our corporate strategy focuses on our customers – together, we work to develop customized, innovative solutions.

Although we are solidly rooted in Reutlingen, our products and solutions are available globally. Our openness to different countries and cultures sets us apart.

Success, thanks to our employees

The expertise, commitment and motivation of our employees are the keys to our success. They will take the company into the future.

Since 1948, the name FOERSTER has been synonymous with quality and precision. As a technological leader, we act as a competent and reliable systems partner and solution provider for our customers. Not only our solutions and products are reliable, but so are we. We therefore comply with the applicable legal provisions and commit to the principle of highest ethical and moral integrity.

This Code of Conduct which applies to all of FOERSTER’s employees lays out this commitment in 10 principles. Every employee of FOERSTER shall embody these principles.

The name FOERSTER has always stood for highest quality standards. Daily, each of our employees contributes to fulfilling our quality goals. Below you will find the Quality Statement of FOERSTER.